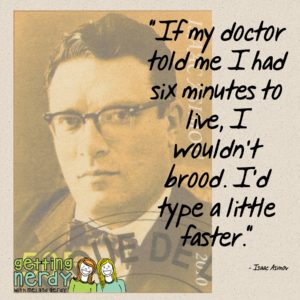 Start your year off by teaching your students about the scientists, inventions, and discoveries of the world.  The scientists, inventions and discoveries highlighted in each monthly installment are great starting points for interactions with your kiddos, such as  class discussions that can get your kids interested in science or history, project starters or writing prompts, or just as a fun intro to the great people born and things made in the month of January! Enjoy!

January 4, 1809: Louis Braille, French inventor who developed the reading and writing system of raised dots that allowed the blind to read. Braille, himself, was blind

January 9, 1858: Elizabeth Gertrude Knight Britton, American botanist known for her substantial contributions to the field of bryology, the study of mosses

January 14, 1943: Shannon Lucid, American biochemist and astronaut who stayed aboard the Russian space station Mir for a record breaking 188 days in 1996. She studied the long-term effects of space flight on the human body

January 5, 1933: Construction work began on the Marin County side of the San Francisco’s Golden Gate Bridge. The Golden Gate was the first bridge in the U.S. to have piers built in open ocean

January 8, 1838:  First telegraph message was transmitted in the United States

January 9, 1839: Invention of the daguerreotype photographic process, named for its inventor Louis Daguerre, was announced at the French Academy of Science

January 20, 1885: The first United States patent for a roller coaster was issued to La Marcus Thompson of Coney Island, NY

January 21, 1790: Dr. Joseph-Ignace Guillotin proposed his guillotine to the National Assembly of Paris as a “humane” method of execution