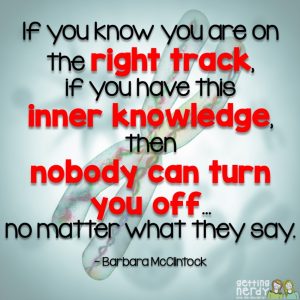 Schoooool’s out for SUMMER! Well, maybe – if you don’t teach in a year round school. Either way, scientists were still discovering things and getting born in the summer months of June and July, so we’re still going to celebrate their lives and amazing inventions. Here’s to being a trailblazer in the blazing hot sun… 🙂

June 13, 1926: Jérôme-Jean-Louis-Marie Lejeune, French geneticist, made the first positive identification linking a human disorder to a chromosomal aberration. The anomaly he pinpointed was trisomy 21 which causes Down syndrome

June 16, 1902: Barbara McClintock, American scientist and cytogeneticist, was awarded the Nobel Prize in Physiology or Medicine in 1983 for her contributions to the discovery of “crossing over” in chromosomes of corn plants

June 23, 1750: Dieudonné Dolomieu, French geologist and mineralogist, after whom the mineral dolomite was named

June 4, 1963: Six-year-old Robert Patch becomes the youngest person to be awarded a U.S. Patent
for a toy truck that could be taken apart and reassembled a variety of ways

June 4, 1896: Henry Ford made a successful test run with his “horseless carriage” in Detroit, Michigan.

June 17, 1928: Amelia Earhart is the first woman to fly across the Atlantic Ocean, from Newfoundland to Wales 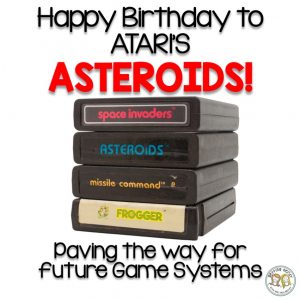 June 17, 1980: Atari’s Asteroids and Lunar Lander were the first two video games to be copyrighted