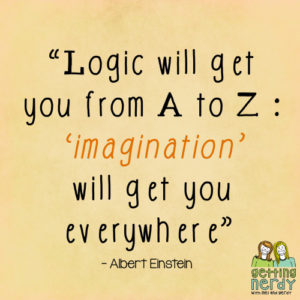 March roars in like a lion, and boy do we have some BEASTS of invention, design and discovery Check out the madness of science going on in this month’s Thinkers and Tinkerers.

March 11, 1890: Vannevar Bush, American scientist, first proposed the basics of hypertext in 1945, which paved the way for the modern internet

March 14, 1869: Albert Einstein, scientist and daydreamer, won the Nobel Prize in 1921 for the Theory of Relativity

March 19, 1943: Mario Molina, Mexican-American chemist, shared the 1995 Nobel Prize in chemistry for research in the 1970s regarding the depletion of the ozone layer

March 9, 1903: President Theodore Roosevelt issues an order establishing the first U.S. national wildlife refuge creating a bird sanctuary for a nesting colony of pelicans and herons on the central Atlantic coast of Florida

March 14, 1927: Elsie Eaves becomes the first woman in the United States to be elected to the American Society of Civil Engineers

March 17, 1845: Stephen Perry of Messers. Perry and Co. Rubber Company of London patents the first rubber bands to hold papers or envelopes together

March 26, 1953: Dr. Jonas Salk announces the development of a new vaccine to immunize people against polio

March 29, 1886: The first batch of Coca Cola is brewed over a fire in the Atlanta, Georgia backyard of Dr. John Pemberton. He created the brew as a cure for hangover, stomach ache and headache

March 30, 1909: The first double-deck bridge in the United States is open to traffic